What’s In a Name?

In the case of TwoZeroWest quite a lot!

As the pilot of a private jet capable of making transoceanic flights anywhere in the world, I flew somewhat routinely across the North Atlantic from North America to Europe.  We usually departed the west coast of the United States sometime in the afternoon and flew through the night so as to arrive in Europe sometime in the middle of the daylight hours the following day.

Within an hour or two of our departure the last moments of daylight faded at an accelerated pace as we and the sun moved in opposite directions in our race around the globe, and into the night we would proceed.  When a fuel stop was needed we might have found ourselves anywhere from far northern Canada to Keflavik, Iceland at along about two in the morning. 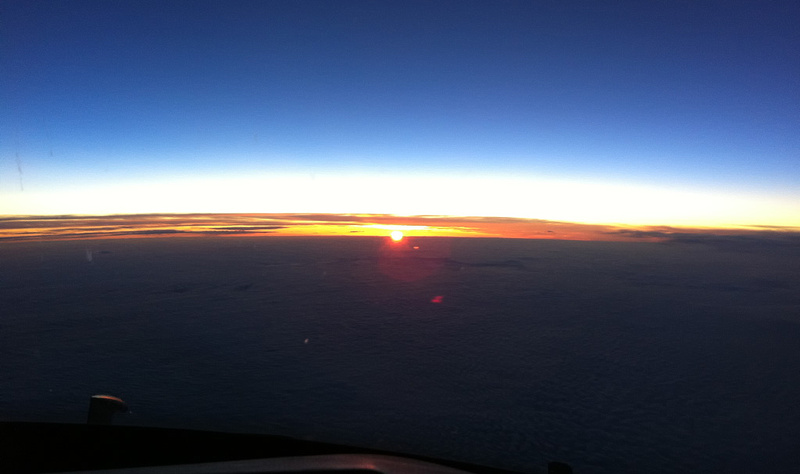 Sunrise in November at 20°W Longitude as seen from 45,000 feet through the windshield of a Gulfstream business jet

Flying through the night has some other interesting mental and physical challenges, one of which generally occurs on eastbound flights at a longitude of 20 degrees west.  At most times of the year 20°W is where the sun breaks the horizon and rises into the new day – squarely into the cockpit windows – where it remains for the remainder of the flight.  It’s a blessing and a curse, really.  After almost eight hours of flying on the downhill side of one’s day, the rise of the sun is ill timed for one’s already jet lagged mind and body.  That it’s there though means the flight is nearly over – and the fine dining is about to begin!

For me passing 20°W or, two-zero-west as pilots and controllers say it on the radio, is the spot where the next adventure begins.